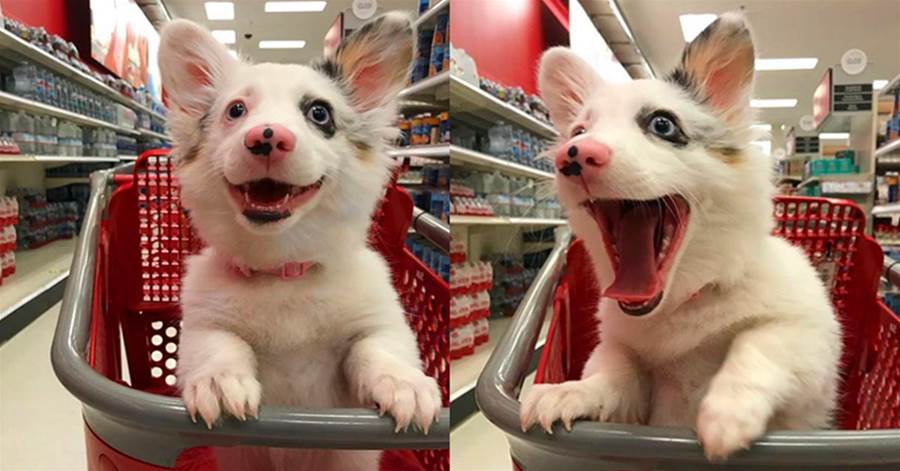 Do you remember when you were a child and had the time of your life in the supermarket carts? Well, apparently that also happens with dogs. Zira is a little dog who recently spoiled the entire internet after being photographed by her owner at the mall.

Zira’s dog mom, Jesse Donovan, wanted to bring her pup along on one of her favourite shopping adventures. Though Target has a long list of dedicated shoppers, Jesse had no idea that her pup would be one of them. As soon as Zira rolled into the store with her paws perched on the edge of the cart, it was as if she found her happy place! “She reminded us so much of Rose from Titanic, the way she leaned against the front of the cart, looking out into the world of Target for the first time! We could tell she loved it so much.” 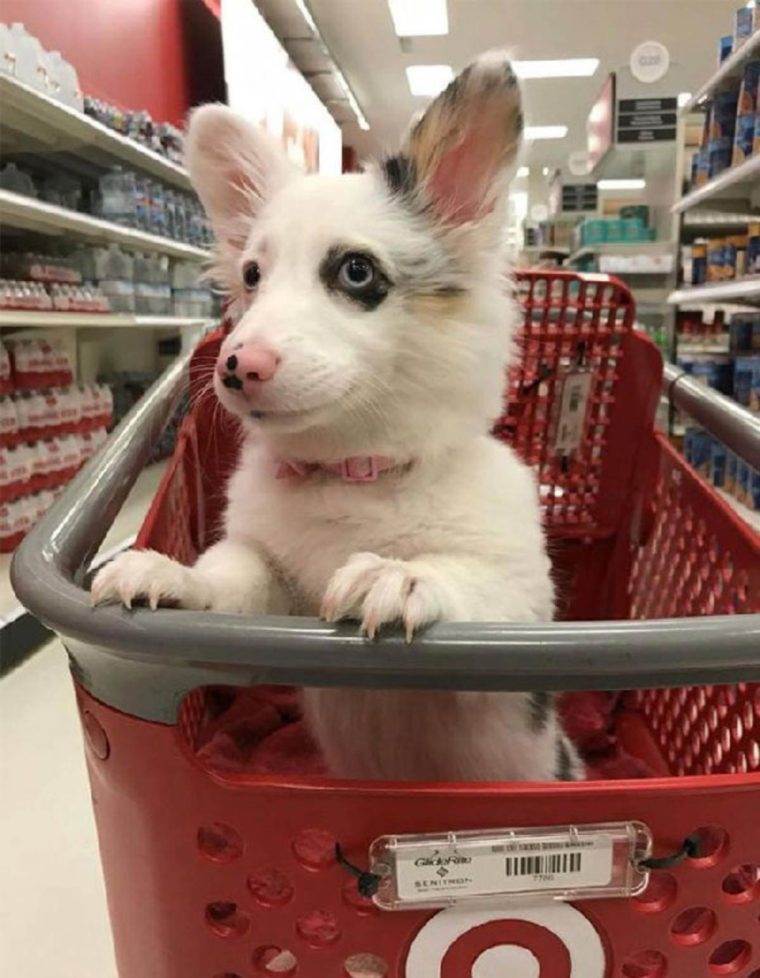 “While this was her second trip, because the first time she slept the entire time.” said Jesse. But this time,Zira was trying to find something to bite… She was so excited to see all those new things around her that she couldn’t contain her happiness. Her face says it all! 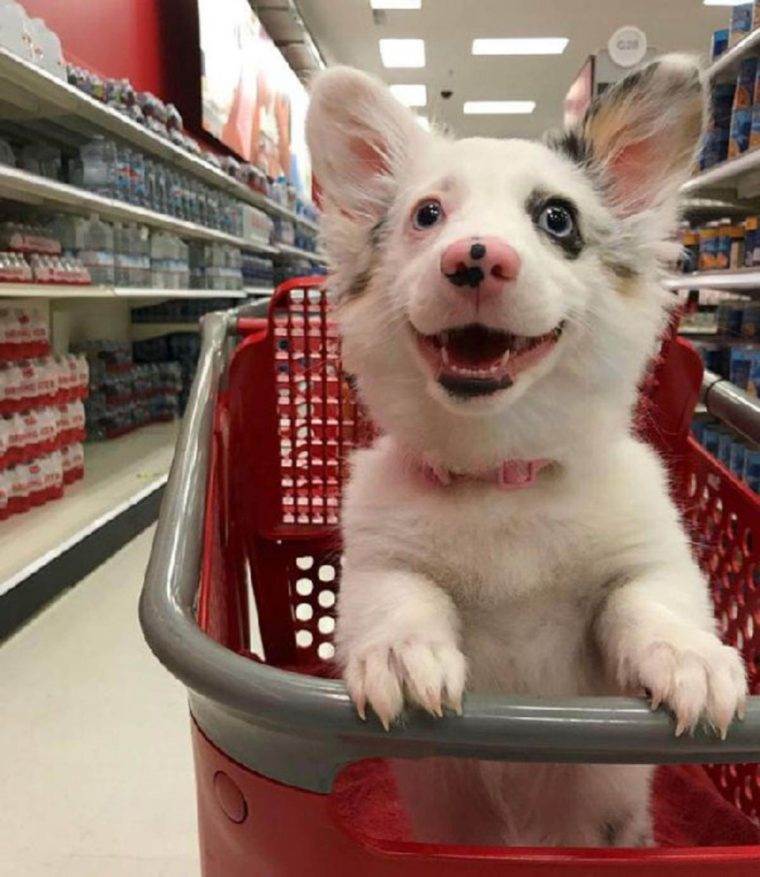 As Zira passed through the aisles, it’s as if she became more excited with each turn. Her jaw literally dropped at the sight of all that Target had to offer. Her adorable reactions caught the attention of multiple Target shoppers that day, giving multiple people an overwhelming urge to come over and meet this smiley pup. If this incredible store discovery wasn’t exciting enough for Zira, making so many new friends certainly sealed the deal. 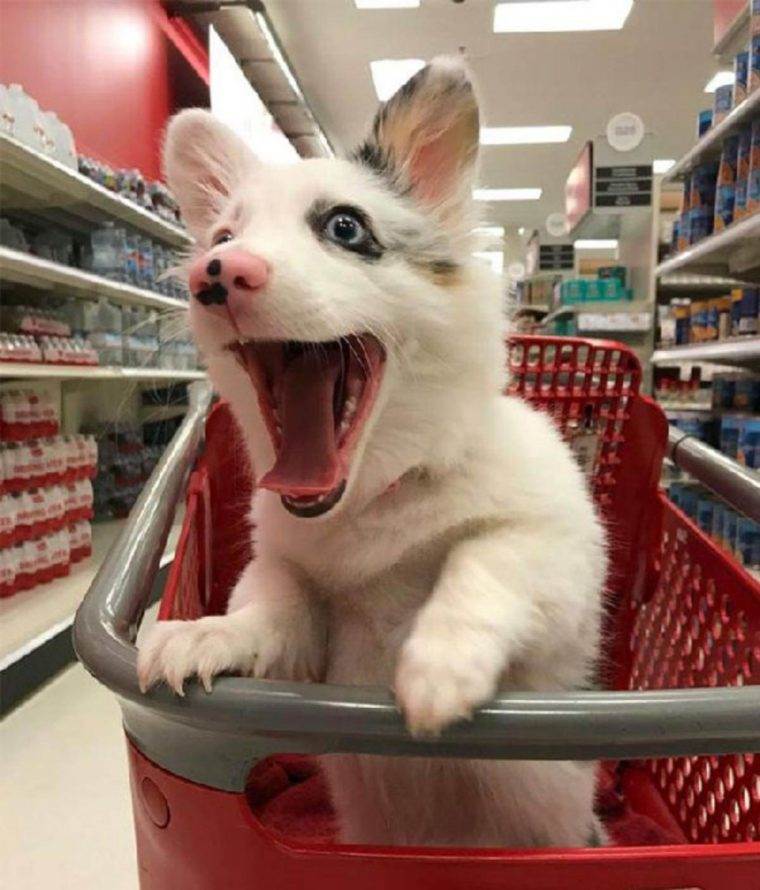 “While we were turning a corner, this woman shopping saw her and freaked out. She couldn’t stop going on and on about how cute Zira was. Zira just started licking her, and the woman loved it. She even picked Zira up and let her kiss her face!”Jesse said. Since Jesse shared Zira’s endearing reaction to their shopping trip, she has gained a long list of adoring followers that keep up with the Donovan Family’s adventures.

This is a demonstration of joy on its purest state… So beautiful!

Share these pictures with your friends and family, if that wonderful little dog made your day!